Lateral hip pain affects 1.8 out of 1000 individuals per year. In 82% of cases it affects women between 35 and 70 years of age. The condition is more common in women compared to men due to the different shape of the pelvis and different hormonal status. Excessive body weight is also an important contributory factor (5).

Hip lateral pain, trochanteric bursitis, gluteal tendinopathy, greater trochanteric pain syndrome are just a few of the technical terms that sound quite intimidating. They all refer to conditions that are related to problems in the hip. Read this article to the end and we hope to equip you with the necessary information to better understand the pathology of GTPS. In the following, we will try to answer the questions: what does the English term “greater trochanteric pain syndrome” (GTPS) mean, how to recognise it and how it is treated.

What is GTPS or greater trochanteric pain syndrome?

The term “greater trochanteric pain syndrome” (GTPS) is found in the English literature. It is a term for a syndrome that covers several different causes of lateral hip pain. It could be said to be a kind of umbrella term. In Slovenia, the term trochanteric bursitis is often used, which narrowly refers to inflammation of the bursa. And, to be a bit caricature, sometimes anyone with lateral hip pain is diagnosed with trochanteric bursitis. But today we are more careful and more precise, because we know that bursitis can indeed be present, but it can start either because of tendonitis or because of a tear in the tendon, it can be a popping syndrome in the hip, it can be calcinations, it can be a problem in the bony system and so on and so forth.

Brief anatomy of the hip

The pelvis is composed of three bones, which meet at a depression at the outer end. This is the socket where the femoral head joins and together they form the hip joint (3). Slightly inferior to the femoral head, there are two knobs called the greater and lesser trochanters (4).

The hip joint is a ball-and-socket joint, which allows a great deal of mobility in all planes. The hip joint can flex and extend, abduct and adduct, and externally and internally rotate. The actual range of movement is also dictated by the position of the knee due to the muscles travelling across both joints (3).

The bursae are fluid-filled ‘pad-like’ structures located between the soft tissues of the tendons and the bone. Their function is to reduce friction and allow the tendon or muscle to glide better during movement.

In total, 19 muscles are involved in hip movement. Six (4) are attached to the greater trochanter of the femur:

The TFL (tensor fascial latae) muscle, which lies over the gluteus medius and minimus muscles and ascends to the iliotibial tract (ITB), is also worth mentioning. The ITB runs longitudinally along the lateral part of the thigh, ascending just below the knee, and has an important influence on what happens in the hip. One of the most important muscles for hip movement is the gluteus maximus, which is also the largest muscle in the body.

The body system can be thought of as a tower of wooden blocks – we can take them out for a while, but at some point the structure collapses. It is the same with the body. It has a remarkable capacity for adaptation, but when a state lasts too long or is too intense or out of balance, it is felt in the whole kinetic chain or in the disrupted movement patterns of the whole body.

GTPS or greater trochanteric pain syndrome can be caused by tendinopathy of the above-mentioned gluteus medius and gluteus minimus muscles. It can also be caused by tears in these two tendons, a possible cause is hip popping syndrome or an abnormality in the functioning of the iliotibial tract.

GTPS or greater trochanter pain syndrome can be caused by (4):

What are the symptoms of GTPS or greater trochanter pain syndrome?

GTPS typically presents with pain on the lateral side of the hip. The area is extremely sensitive to touch and the pain may spread down the lateral thigh towards the knee or back towards the buttock. The pain is described as stabbing and intense, and increases with the juxtaposition of hip abduction and external rotation – i.e. the movement of trying to place the ankle of the leg on the opposite knee.

It is also aggravated when lying on the affected side, and sometimes lying on the unaffected side is problematic, where the painful leg falls slightly downwards, causing compression. The pain is also expressed during activity, when the leg is stressed – walking on flat ground or stairs, running, sometimes just standing is enough. Pain is also aggravated by prolonged sitting or sitting cross-legged (4).

How do we arrive at a diagnosis of GTPS or greater trochanteric pain syndrome?

In most cases, GTPS is a clinical diagnosis. Imaging is necessary when another cause is suspected or when the individual is not responding well to treatment. X-ray imaging is reasonable when bone-related pathologies are suspected. MRI and ultrasound help to diagnose soft tissue injuries – i.e. tendinopathies, tears, thickening of the bursa, muscle atrophy and degeneration (4).

Treatment of pain syndrome of the greater trochanter

The first choice of treatment is physiotherapy, which is successful in 90% of all cases, provided that the start of treatment is not delayed too long. If the pain is too severe, anti-inflammatory drugs are used, and injectable corticosteroids are also an option. In the latter method, although the short-term effects are promising (3-4 months), the long-term effects are not superior to the “wait and see” approach – i.e. doing nothing (5).

Modern treatment methods put patient education and properly structured and targeted kinesiotherapy at the forefront. Only through exercise can the real cause of the condition – usually tendon problems and muscle deficits – be influenced (5). The main goals of kinesiotherapy include progressive loading from the initial phase onwards, reducing the compressive forces acting on the hip, improving muscle balance – the emphasis is on strengthening the muscles of the gluteal region and, of course, simultaneously influencing the potential contributing factors to GTPS – weight loss and prolonged sitting (2).

The most commonly used instrumental physiotherapy technique is shock wave therapy (SWT). According to a 1-year study, its use is more effective than corticosteroid injection. The best combination is the use of UGVs and exercise (4). UGVs work by producing changes in tissue pressure by direct mechanical force, resulting in increased cellular metabolic activity and increased local blood flow.

If the cause of GTPS is increased friction, myofascial release techniques will help to relax the soft tissues, which will improve the condition. Manual techniques are also useful when an individual is experiencing reduced mobility and restriction in the joint itself – whether in the lumbar spine, hip, knee or ankle. Manual therapy can improve the biomechanics of the joint and consequently reduce soft tissue friction in the lateral aspect of the hip (6).

What can you do right this moment if you are experiencing symptoms of GTPS or greater trochanteric pain syndrome?

Pay attention to the activities where the pain occurs and try to limit them. Try to avoid stairs and walking uphill. Avoid prolonged sitting and if you have a sedentary job, make sure you take breaks from sitting. Also avoid sitting cross-legged. When standing, be careful not to stand with all your weight on the affected leg. When lying on your side, try using a pillow placed between your knees to maintain a neutral hip position.

It is very important to book a consultation with a specialist and to get involved in a rehabilitation programme that is specific to you. Only with targeted exercise and guidance, and supportive instrumental therapy, can we help you successfully. 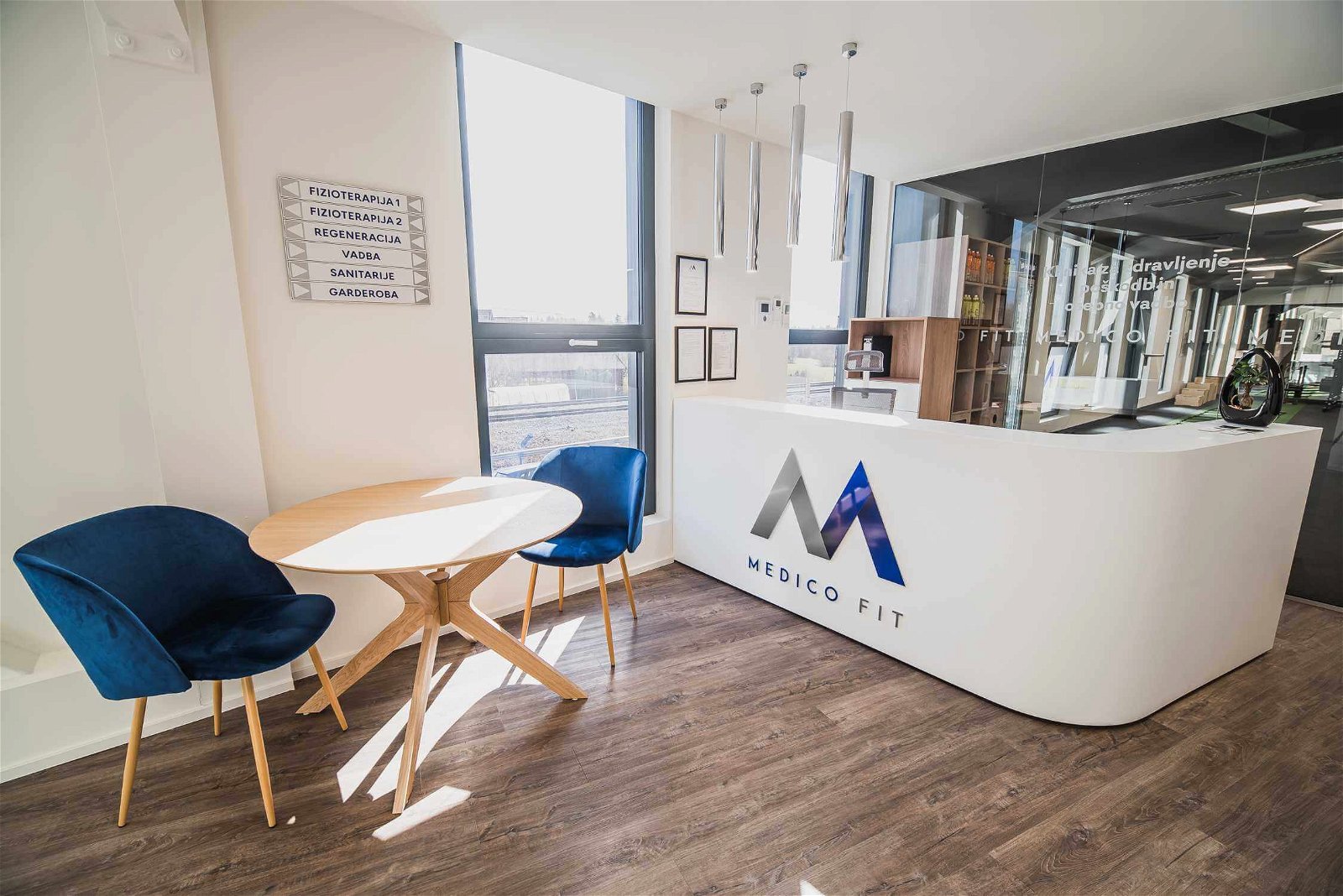 The knee joint is considered one of the more complex joints. Read what are the common injuries and everything you need to know about the knee. ...
Read more 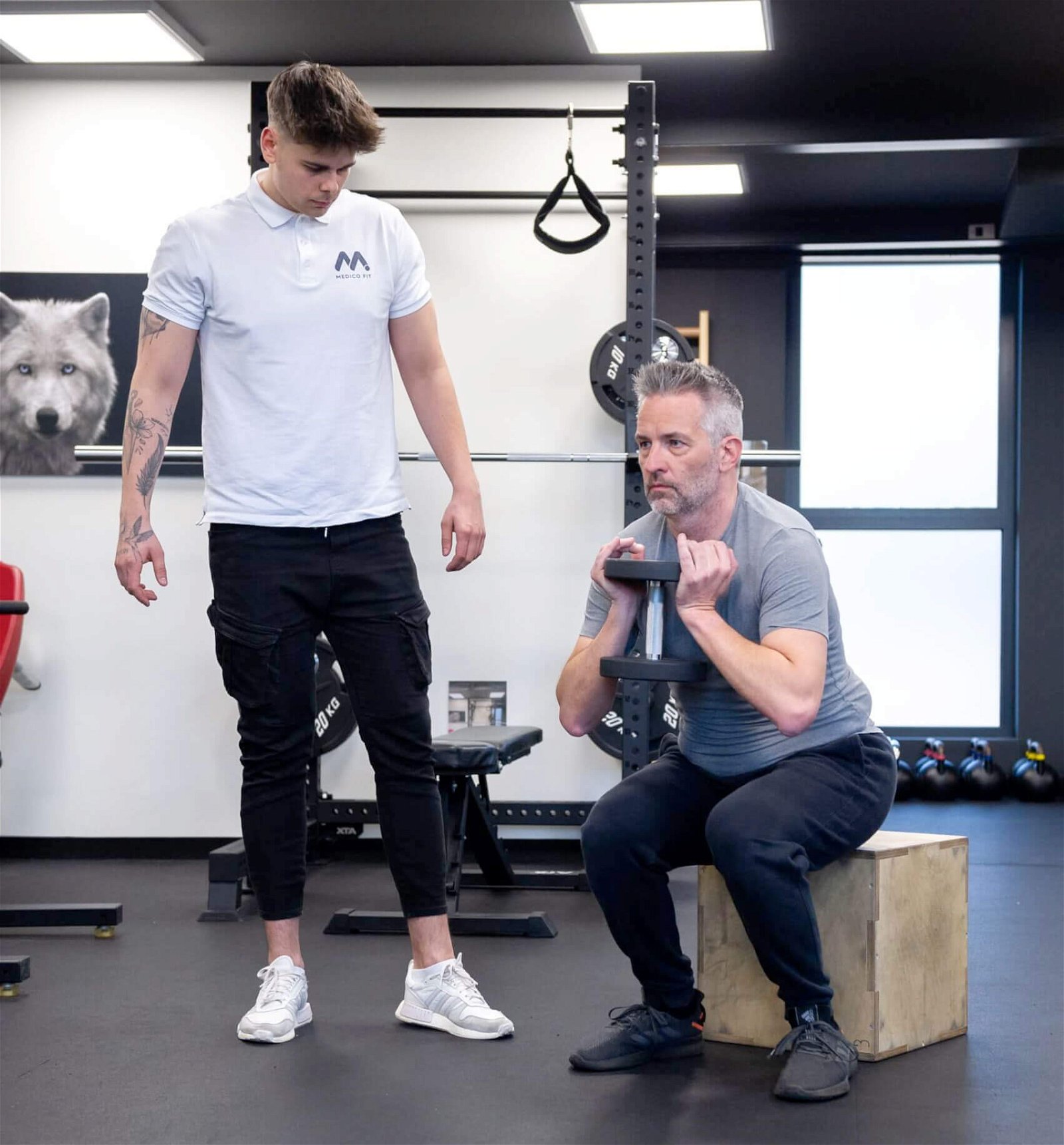 Are you experiencing pain due to osteoarthrosis of the knee? Read about how to get rid of it.

Osteoarthrosis of the knee (OA of the knee) is the most common joint disease in the world. ...
Read more

Learn about the most common injury to the knee joint!...
Read more 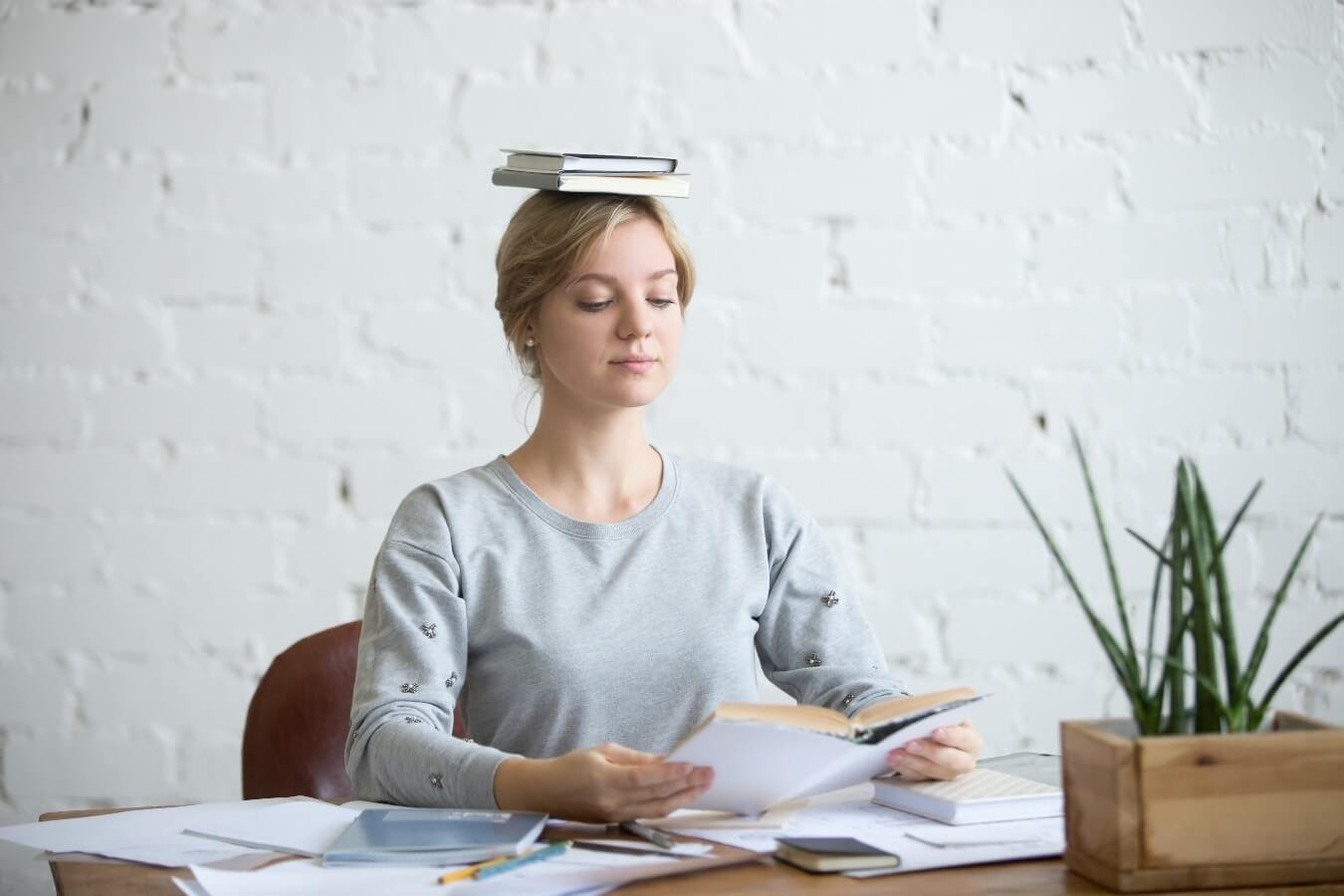 The spine is not made for sitting!...
Read more 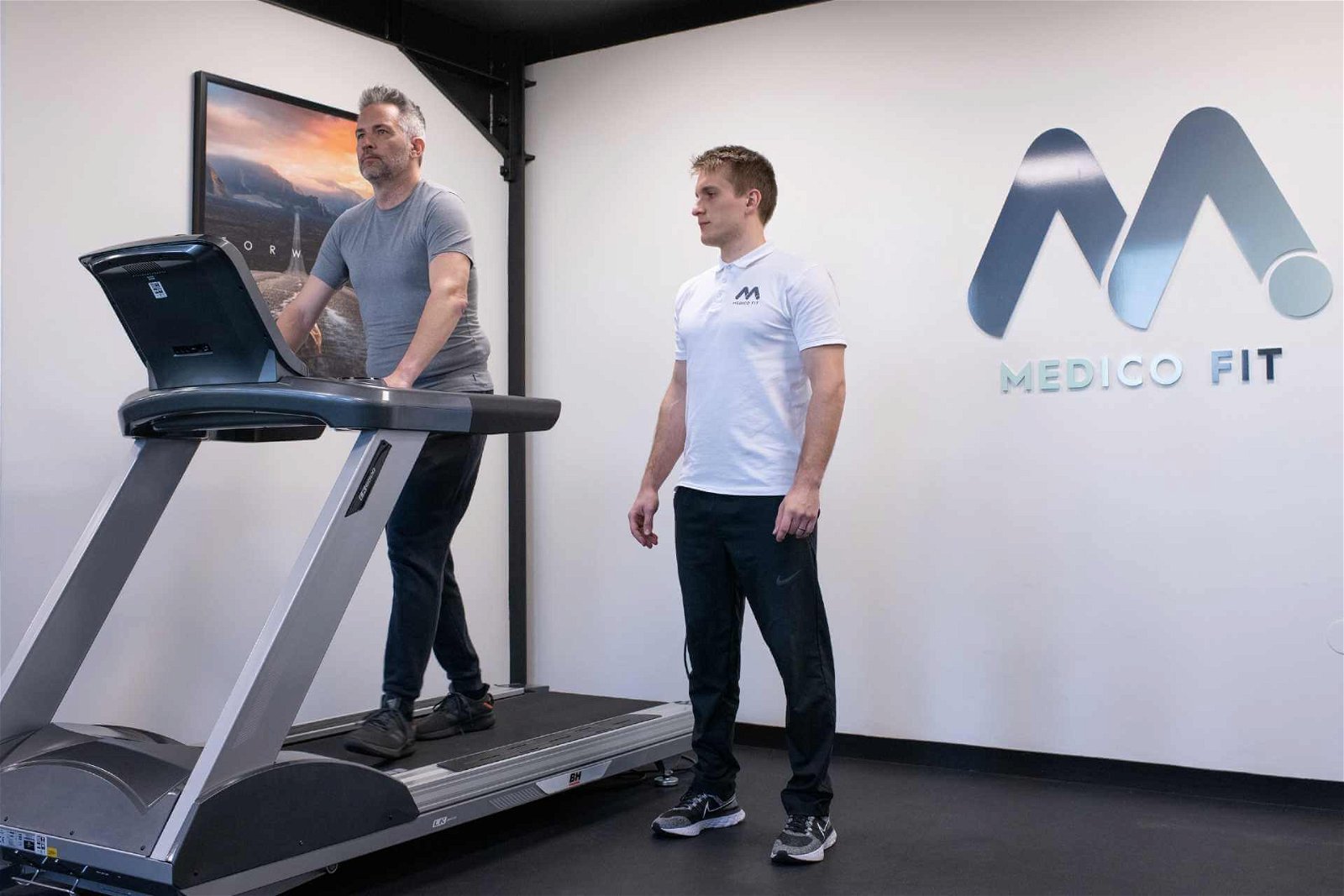 Total endoprosthesis of the knee

Insertion of a knee endoprosthesis is one of the most common orthopedic operations....
Read more 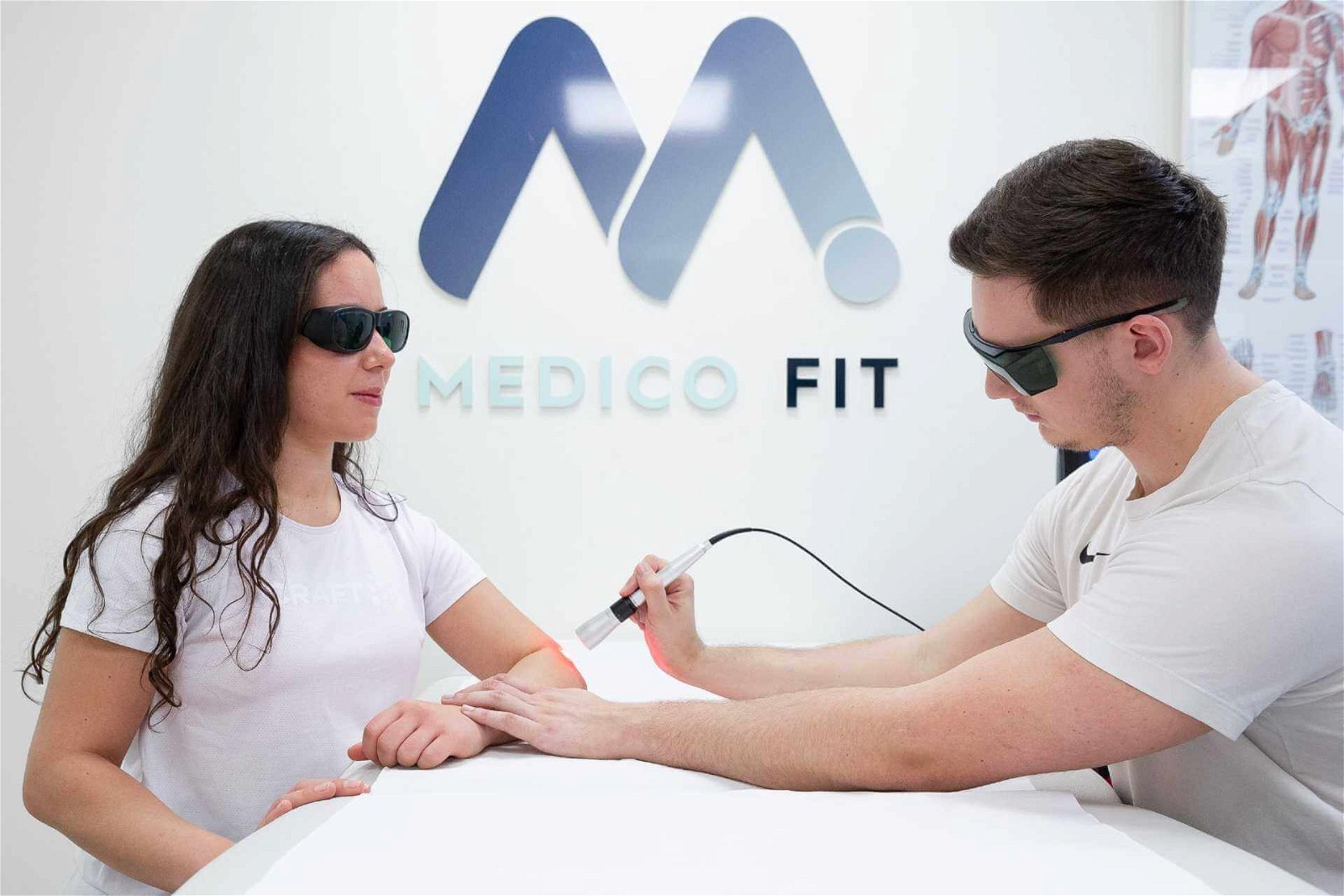 The terms tennis elbow and golf elbow originate from sports where this type of degenerative condition is common....
Read more 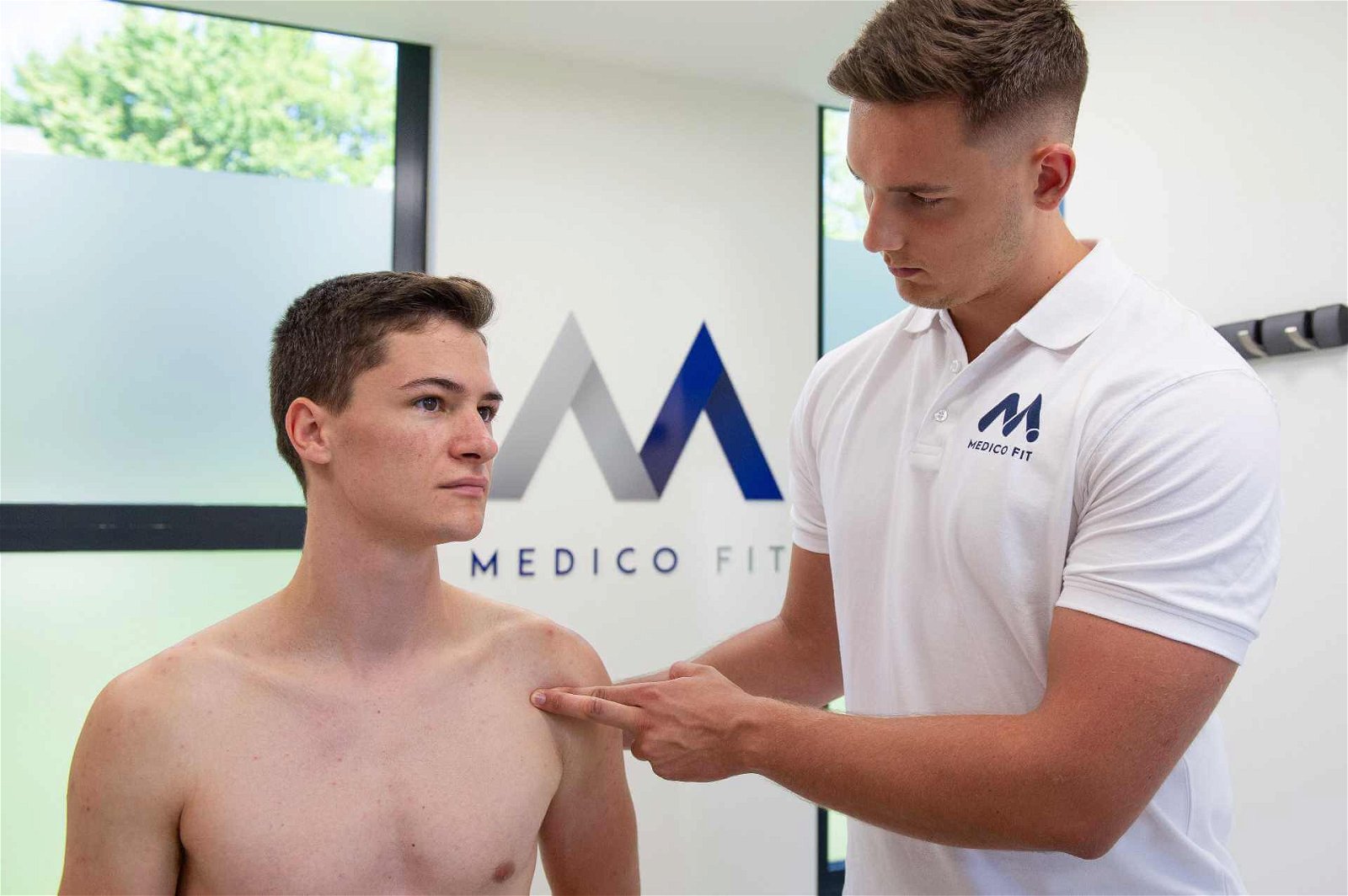 Calcification of the rotator cuff

In this article we will talk about calcification, a common state where calcium deposits build up in undesired places. ...
Read more 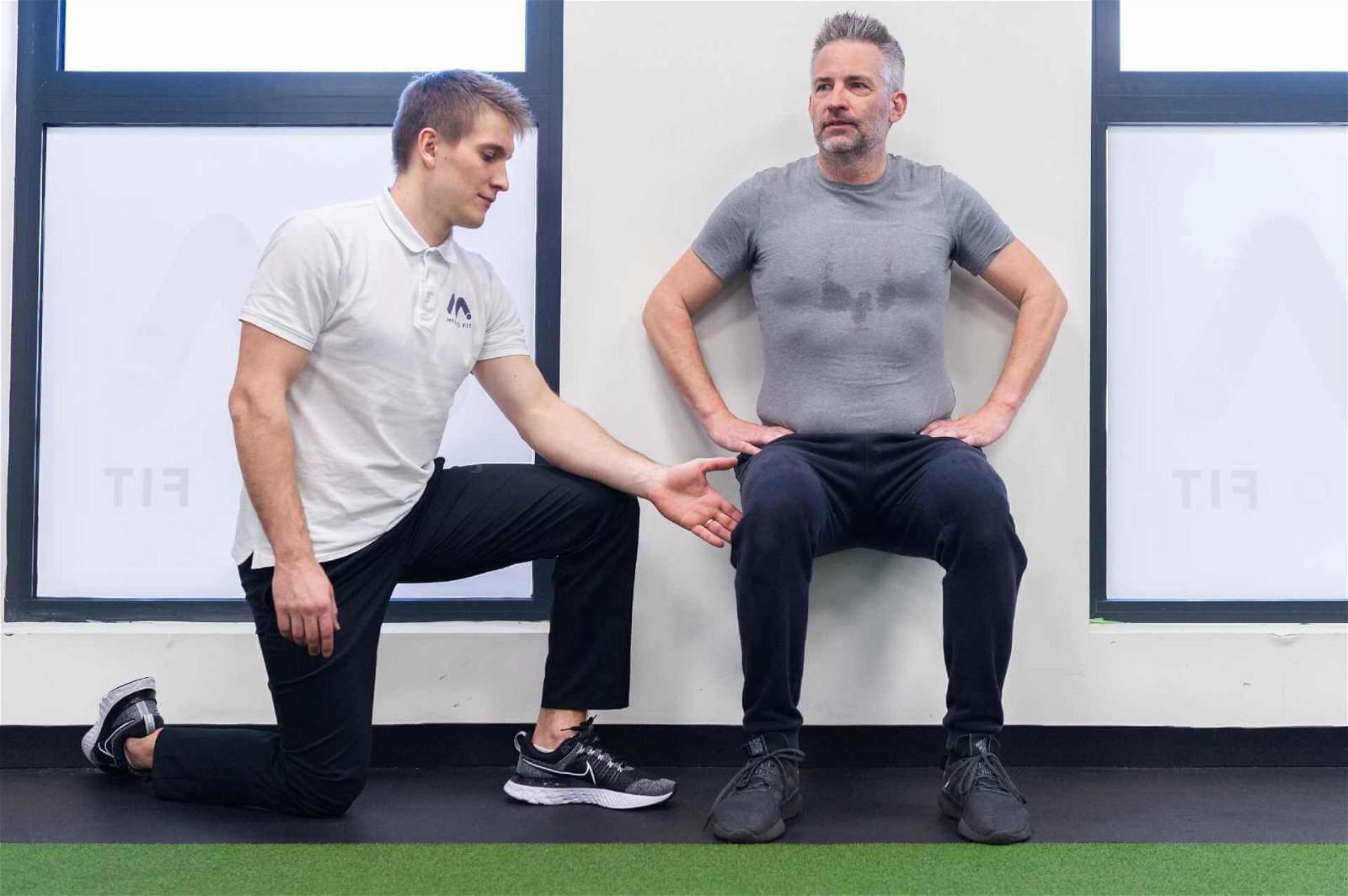 You can find out more about which cookies we are using or switch them off in settings.

This website uses cookies so that we can provide you with the best user experience possible. Cookie information is stored in your browser and performs functions such as recognising you when you return to our website and helping our team to understand which sections of the website you find most interesting and useful.

Strictly Necessary Cookie should be enabled at all times so that we can save your preferences for cookie settings.

This website uses Google Analytics to collect anonymous information such as the number of visitors to the site, and the most popular pages. Keeping this cookie enabled helps us to improve our website.

Please enable Strictly Necessary Cookies first so that we can save your preferences!